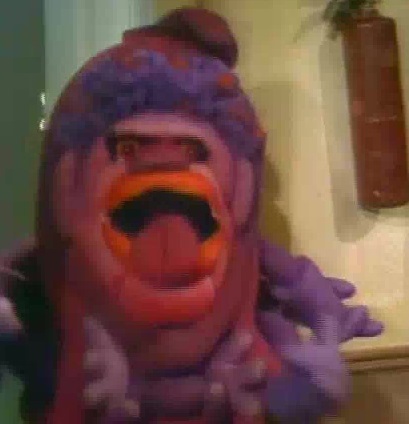 Series: The Muppet Show, The Simpsons

In this lesson, we are going to discuss the fourth of the Seven Deadly Sins, which is lust.

True lust is in my opinion the deep consuming desire for something--usually for the most part, sex is the top of the list and is an obsessive fantasy. We are going to look at a series of clips and we will have a small Bible study. Let's see if these are lustful things.

The first clip is from The Muppet Show: Sex And Violence.

What do you see in this clip?

Lust comes in the room, but only after he has harassed a lady off-camera; he is not a very nice guy.

What should happen to Lust?

Lust should probably get some help. Most cartoon and TV shows would be written so he would get slapped.

Let's look at another clip. This one is from The Simpsons episode: Lisa's Rival.

What do you see?

Here, we see a fantasy. Marge is the guilty one here. Why is a sex fantasy a bad thing? These are escapes from reality, but are empty because there's no fulfilment and usually it also means sexual needs may not be met the way they should; unhappiness with current situations may be also abounding.

Let's look at our last clip.

What do you see?

Bart is on a medication for ADD, Martin is on a hormone to lower his voice and all he wants to do is be violent. Nelson is the one who is being looked at here. Evidently, he has a lust problem and has to wear a shock collar. Is this fair? Do we need to wear such a collar for lust or anything else that's a bad habit?

Bible Study And Discussion: The Bible teaches a lot about the very addictive sin of lust.

Mat 5:27 "You have heard that it was said, 'You must not commit adultery.'

Mat 5:28 But I say to you, anyone who stares at a woman with lust for her has already committed adultery with her in his heart.

Mat 5:29 So if your right eye causes you to sin, tear it out and throw it away. It is better for you to lose one of your body parts than to have your whole body thrown into hell.

Mat 5:30 And if your right hand causes you to sin, cut it off and throw it away from you. It is better for you to lose one of your body parts than to have your whole body go into hell."

These are somewhat harsh words from our Lord. Let's look at another passage; it's found in 1 Corinthians 6: 12-20.

1Co 6:13 Food is for the stomach, and the stomach is for food, but God will make them both unnecessary. The body is not meant for sexual immorality but for the Lord, and the Lord for the body.

1Co 6:15 You know that your bodies belong to the Messiah, don't you? Should I take what belongs to the Messiah and unite them with a prostitute? Certainly not!

1Co 6:16 You know that the person who unites himself with a prostitute becomes one body with her, don't you? For it is said, "The two will become one flesh."

1Co 6:17 But the person who unites himself with the Lord becomes one spirit with him.

1Co 6:18 Keep on running away from sexual immorality. Any other sin that a person commits is outside his body, but the person who sins sexually sins against his own body.

1Co 6:19 You know that your body is a sanctuary of the Holy Spirit who is in you, whom you have received from God, don't you? You do not belong to yourselves,

1Co 6:20 because you were bought for a price. Therefore, glorify God with your bodies.

This is easier said than done however, putting this into practice takes discipline and a lot of it. For the believer, Paul was told by God to write a beautiful section of scripture about what we need to do. Let's look at Colossians 3: 1-17.

Col 3:1 Therefore, if you have been raised with the Messiah, keep focusing on the things that are above, where the Messiah is seated at the right hand of God.

Col 3:4 When the Messiah, who is your life, is revealed, then you, too, will be revealed with him in glory.

Col 3:5 So put to death your worldly impulses: sexual sin, impurity, passion, evil desire, and greed (which is idolatry).

Col 3:6 It is because of these things that the wrath of God is coming on those who are disobedient.

Col 3:7 You used to behave like them as you lived among them.

Col 3:8 But now you must also get rid of anger, wrath, malice, slander, obscene speech, and all such sins.

Col 3:9 Do not lie to one another, for you have stripped off the old nature with its practices

Col 3:10 and have clothed yourselves with the new nature, which is being renewed in full knowledge, consistent with the image of the one who created it.

Col 3:11 In him there is no Greek or Jew, circumcised or uncircumcised, barbarian, Scythian, slave, or free person. Instead, the Messiah is all and in all.

Col 3:12 Therefore, as God's chosen ones, holy and loved, clothe yourselves with compassion, kindness, humility, meekness, and patience.

Col 3:13 Be tolerant of one another and forgive each other if anyone has a complaint against another. Just as the Lord has forgiven you, you also should forgive.

Col 3:14 Above all, clothe yourselves with love, which ties everything together in unity.

Col 3:15 Let the peace of the Messiah also rule in your hearts, to which you were called in one body, and be thankful.

Col 3:16 Let the word of the Messiah inhabit you richly with wisdom, teaching and admonishing one another with psalms, hymns, and spiritual songs, and singing to God with thankfulness in your hearts.

Col 3:17 And whatever you do, whether by speech or action, do everything in the name of the Lord

Jesus, giving thanks to God the Father through him. Lust is said to be a unique sin, why? We are actually sinning against ourselves everytime we fantasize, look at someone lustfully, or act out in any way. This is tough, but true. Lust is a lot of times not aimed at anything except our own mind's picture of false reality and bad wishes.

What have we learned?

I would definitely say that lust is one of the most self-absorbing sins there is and is hard to dodge. This sin might even be fun for the short time in false reality, but is extremely empty on the back end--full of sadness at the end, like coming down from a drug. The fun is over and cold reality sets in that you don't have what you want, you're lonely, depressed etc. The real bad news is that it is so self-absorbing that it is a kind of idolatry, which means it is self worship.

Hopefully, none of us need a shock collar to remind us that we do this kind of sin or any sin. All such feelings need to be surrendered to God, so we don't deal with false reality and He will make sure to start building in us a true reality that's more productive and fulfilling.